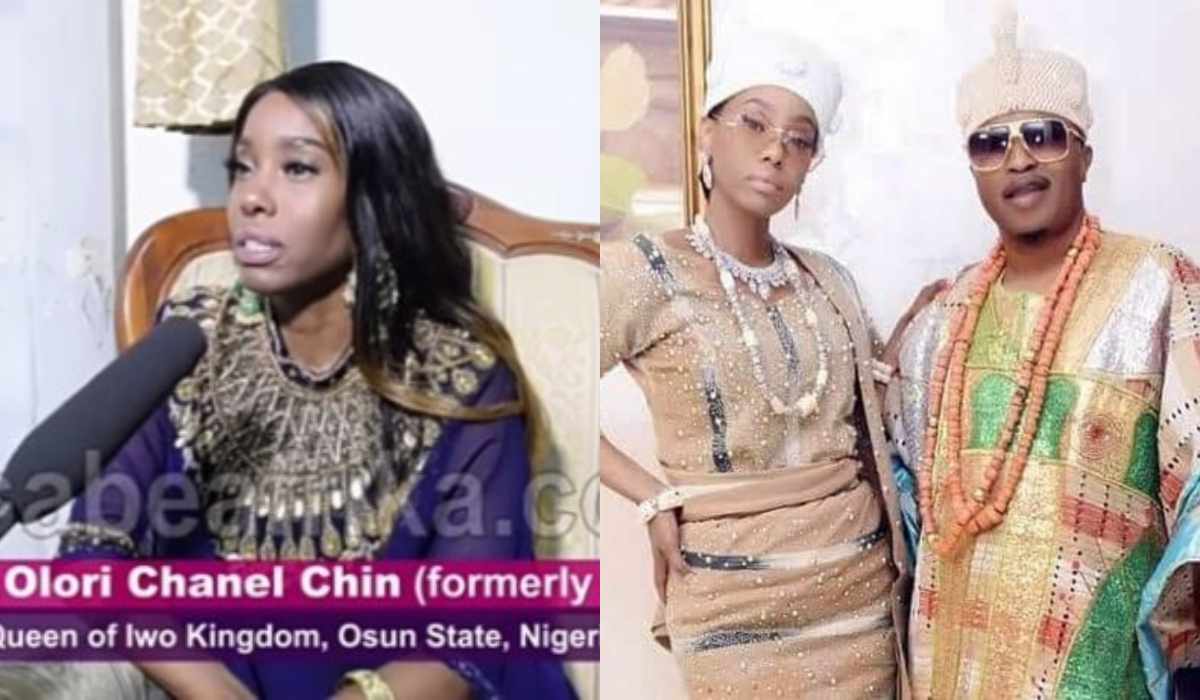 Chanel Chin, the ex-wife of the Oluwo Of Iwo, Oba Abdulrasheed Akanbi, took to her Instastories to share signs of a red flag in a relationship.

The Canada-born mother of one shared a post which reads,

“Our wife” is actually a red flag” and commented “Iyawo wa…” under it.

Recall that the Oluwo Of Iwo announced the end of his marriage to Chanel in 2019.

Chanel later released a video of the monarch rolling up a joint to smoke after she granted an interview accusing him of numerous vices including sleeping with their maid and daughter of woman that sells tatashe in front of his palace.